From national tours of Tony Award-winning musicals, to concerts from timeless classics and so much more - there's something for everyone tucked inside each season that the State Theatre Center for Arts hosts.

Located along Northampton Street in downtown Easton, this theatre has been entertaining audiences for decades. In fact, their 2016 - 2017 marks their 90th year. But the theatre that stands today didn't always exist as it does in its current state.

Originally, the space was occupied by the Northampton National Bank. The bank was constructed in 1873, but demolished in 1910. Visitors today can still admire the original granite facade and foyer that welcome patrons to the theatre today. After the bank was demolished, Easton welcomed the Neumeyer Theatre to town. This small theatre operated from 1910 through 1925 under a variety of names; transforming from the Neumeyer Theatre to the Northampton Theatre, and finally to the Colonial Theatre. 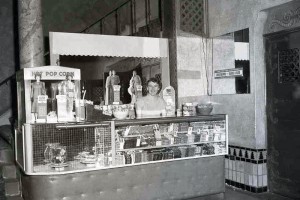 In 1925, William H. Lee, an architect from Philadelphia, was brought on to expand the theatre and convert it to a higher level of grandeur. Taking inspiration from Spain and Italy, a team of local artisans spent countless hours creating elaborate frescos and gilding throughout the theatre.

The mid-1900s (1930 - 1960s) saw large changes in trends for arts as the Vaudeville era came to a close. Patrons were now interested in 'talking pictures,' as movie companies began to take a stronghold in American culture. Because of this, a large movie screen and new sound equipment were installed in the theatre. But, that wasn't the end of the transformations that the space would see. During the 1970s, the theatre was used primarily for rock concerts, and the Italian-inspired frescos were covered in brown and blue paint. 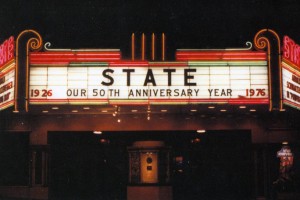 As the 1980s approached, the theatre faced threat of demolition. It was at this point that a group of local citizens rallied together to to raise money to purchase the theatre to ensure that it would be enjoyed for years to come. Over the next 10 years, nearly $4 million was raised as part of the Renaissance Campaign, helping to restore the theatre to its original beauty. The stage was upgraded with new curtains, new lighting and more. Seats were renovated, new carpet was installed, and the ceilings and walls were artistically restored. 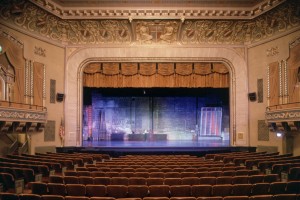 One of the most well-known events for the theatre, the Freddy Awards, made its first appearance in 2003. This annual awards ceremony honors local high schools for excellence in theatre. In its inaugural year, 22 high schools from Lehigh and Northampton Counties in Pennsylvania and Warren County in New Jersey were honored at the event. The ceremony is aired by local news station, WFMZ Channel 69. The State Theatre and WFMZ were awarded Mid-Atlantic EMMY Awards in both 2005 and 2011 for Outstanding Performing Arts Program.

And, there's no slowing down. The State Theatre Center for the Arts continues to host outstanding performances year after year. Visit their website to check out details on upcoming performances.