“Seeking nothing less than the rebirth of the Christian world from Russia to the Ohio Valley” the Moravians created an international religious community that stretched around the world. Bethlehem, Pennsylvania was its center; the hub of all activities to live, preach, help, convert and teach believers, grew from here.

Founded in 1741 by the Moravians, Bethlehem now has the largest concentration of vernacular Germanic architecture in the United States, much of it built at the beginning of the settlement. More than 14 acres are concentrated in downtown Bethlehem, now designated its own Historic District. These buildings are the living embodiment of Moravian life, who believed that a large communitarian group with shared dining rooms, dormitory-style housing, workshops, fields, a medical clinic and more let them create a society as strong as the stone used to construct the buildings. 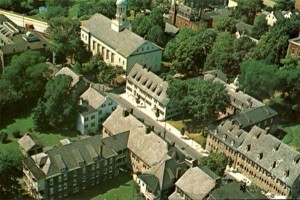 Historians state “Bethlehem is a physical manifestation of the artistic, architectural, cultural, religious and industrial attributes that set the Moravians apart from other colonial settlers.” These buildings and what they represent are truly works of art.

Beginning in downtown Bethlehem with a walking tour, you’ll have the opportunity to explore all 12 Moravian structures downtown, before visiting nearby Nazareth and Emmaus, locations of other Moravian communities. You’ll be ending your trip in Lititz, a quaint, well presented town in Lancaster County, settled by Moravians in 1756. 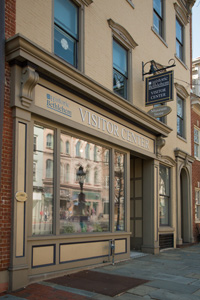 This afternoon when you arrive in town, we suggest your first stop be the Bethlehem Visitors Center, which immediately begins to introduce you to Bethlehem’s heritage. In addition to a Visitors Center with exhibits that illustrate regional history, Bethlehem is fortunate to have a Landmark building, the 1810 Goundie House, attached. Unlike the other stone Moravian buildings, the American Federal Style Goundie House is believed to be the first brick residence in Bethlehem and the first private home in the area.

Originally the residence of town brewer John Sebastian Goundie, the home has a unique beehive baking oven connected to the kitchen fireplace on the first floor that does not extend on the exterior of the building. Today, the house is used for changing exhibits regarding Bethlehem history. 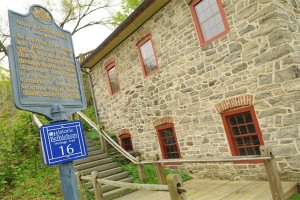 This afternoon, you can walk the downtown portion of the 80 stop, 10.5 mile Bethlehem Heritage Trail, created to pull the heritage of the entire city together into one cohesive experience. There is no other community in America that can tell the story of early industry like Bethlehem can. Within five years of founding, there were 35 different operations, trades, crafts and industries at work in the city. Narration for the trail features stories about the people who lived and worked here, along with how the story relates to the rest of the nation.

This evening we recommend dinner at Historic Hotel Bethlehem, followed by a private horse drawn carriage ride at dusk, before retiring to your accommodations for the evening. 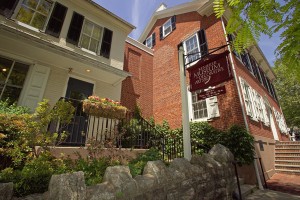 This morning we recommend starting your detailed guided exploration of Moravian Bethlehem at the Moravian Museum located in the 1741 Gemeinhaus (community house). Some 80 residents lived here communally, using the building as a residence, school, church, hospital and workplace while other permanent structures were being constructed.

While you tour, you will learn the story of the immense determination, hard work and convictions that brought the Moravian community from a settlement carved out of the wilderness to a thriving city. Nearby, the first section of the Single Sisters House, with its original apartments still in place, was constructed in 1744. From there, it’s a short stroll to the Kemerer Museum of Decorative Arts, recently expanded to 5,000 square feet to feature portraits, landscapes, 19th century furniture, jewels, china, and silver, an extensive collection of Pennsylvania German textiles and priceless Bohemian glass. It is one of only 15 museums in the United States devoted to the decorative arts. 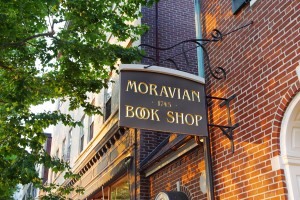 After lunch at the Moravian Book Shop Deli, you can resume your tour by strolling up the street to the 1752 Apothecary which served customers for more than 200 years. Here, you’ll find the remains of the oldest continuously operating drug store in the U.S. including priceless artifacts such as a set of mid-18th century Delft apothecary jars and medical instruments. Nearby, the Nain-Schober House is the only extent 18th century building built by and lived in by Native Americans in Eastern Pennsylvania. It dates from the Indian village of Nain which was dismantled in 1765 when the Indians were forced to move west. The building was taken apart piece by piece twice and rebuilt, before reaching its current location. Grab a bit of dinner at the Bethlehem Brew Works before retiring to your accommodations for the evening. 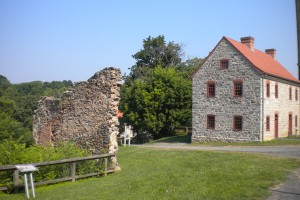 After breakfast today, you’ll be off to the Colonial Industrial Quarter, America’s first industrial park. The Quarter was the center of commerce and industry for the early Moravians who tanned leather, crafted pottery and produced iron work and other useful items. The 1761 Tannery processed about 30,000 hides a year to raise funds to support the community. Pieces of the original vats and tools are in the Historic Bethlehem collection.

The 1762 Waterworks, the first pumped municipal water system in America, is now a National Historic Landmark, Civil Engineering Landmark and American Water Landmark. To deliver water power for the industrial operations, an 18-foot diameter undershot waterwheel pumped 94 feet up flowing at a rate 1.2 million gallons a day. The Colonial Industrial Quarter is also home to the 1869 Luckenbach Mill which ground both course grain and fine flour until closing in 1942. Fortunately, the once repurposed automobile parts center has now been restored as the Luckenbach Mill Leaning Center with a collection of over 10,000 photographs of Bethlehem. After watching the workmen ply their craft in the Quarter, visit the 1761 Smithy and watch the blacksmith at work. 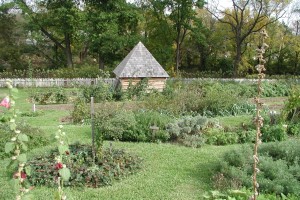 We recommend Red Stag Pub and Wiskey Bar in downtown Bethlehem before setting out for Burnside Plantation, Bethlehem’s Farm in the City. The Plantation came about when James and Mary Burnside decided not to follow the choir system of Moravian Bethlehem and purchased 500 acres just north of the settlement for the first private home in the area. He was elected to Pennsylvania’s Provincial Assembly and served with Ben Franklin on the Committee for Indian Affairs. Later, the plantation housed an organ building operation for five years. A summer kitchen was added in 1820 to the house originally constructed in 1748. Even though other plantations nearby were bought up for development, Burnside has remained a farm since it began. 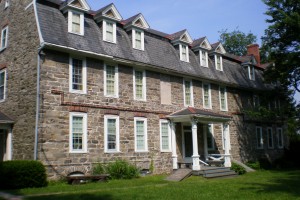 Moravian settlement began in Nazareth in 1740 when a group of missionaries from Georgia arrived as working guests of Methodist evangelist George Whitefield. Following a short lived relationship with Whitefield, construction of a large communal house, and a move south for several years, ultimately the Moravians bought Nazareth from Whitefield. Their original structure, now called the Whitefield House serves as the Moravian Historical Society. Exhibits within include a 1775 pipe organ made by David Tannenberg of Burnside, six paintings by the first artist in colonial America to portray religious topics, and the Antes violin, the first made in the American colonies. 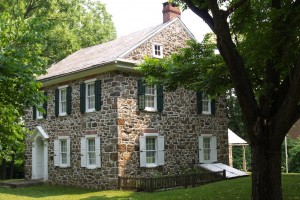 After a drive across the beautiful rural Lehigh Valley, we recommend lunch in Emmaus before visiting the 1803 House, the home of Jacob Ehrenhardt that was located just outside of the “congregational village” of Emmaus, but close to the church, since he was not originally Moravian. Even so, Ehrenhardt was so drawn to the religion that he provided a large portion of the original land warrants for the building of the local Moravian settlement. The fascinating story you will learn here includes the fact that he and some of the others in the settlement did join the American Revolution, the only exception of the Moravians who, like the Quakers, refused to bear arms or engage in political discussions.

The Moravian Church standing in Emmaus today dates from 1834. It embodies the last of the expansions that occurred to accommodate a growing congregation. A separate chapel for Sunday School was added in 1876. From there, it’s a short drive back to your accommodations in Bethlehem.

As you leave the area today, the delights of Bucks and Lancaster Counties await. Heading south, your first stop is the Mercer Museum in Doylestown. Henry Chapman Mercer started the museum’s vast collection when he was searching for fireplace tools in a junk dealer’s barn. Finding a jumble of objects made obsolete by the Industrial Revolution, he realized that the collection should be preserved. Today, the Mercer Museum, which holds “the tools of the nation maker,” has seven floors of absolutely fascinating diverse farm and home implements. If it was used, it is there somewhere. Nearby, the Moravian Pottery and Tile Works has revived the regional craft of pottery and painted tile work.

From there, it is a short drive across countryside to Lititz in Lancaster County. Founded by Moravian elders with strict rules of how residents must behave, this very well preserved town still retains its quiet dignity. The General Sutter Inn built in 1764 was constructed to serve visitors because early families were not allowed to offer a room to strangers. If you have lunch at the General Sutter, you can have dessert at the Julius Sturgis Pretzel Factory which has been baking the twisted treats since 1861 or the Wilbur Chocolate Factory which has been making sweet treats since the early days of the town. A visit to the Lititz Historical Foundation presents the story of the town and next door, at the 1792 Johannes Mueller House, you can get an idea of what family life was like in a closed Moravian settlement.

From there, we wish you a safe and pleasant journey home.

A complete look at Moravian history in Bethlehem with a selection of accommodations.

Packages available March through October, based on availability and seasonal rate fluctuations. Single, triple, quad and hotel only pricing available. Vouchers and complete directions provided for each trip. Air and car hire (trip cannot be completed without a car) booked by others. Package can be customized to suit client’s needs.