The Second Round of the 2014 Lehigh Valley Lunacy is complete. The competitions and matchups have all gone according to seed, except for part of the Eat Region.

In Eat, #12 Billy's Downtown Diner Allentown emerges as the lone double digit seed left in our tournament. Billy's will have it tough as they go against last year's Eat Region Champion #1 Allentown Brew Works in what should be called the "Battle for Hamilton St." as the two are less than a block apart. 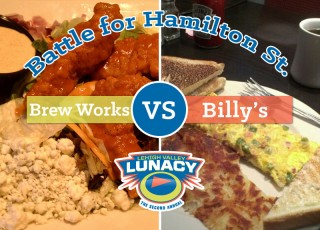 The other matchup in Eat is a rematch from last year in the same round, #2 Yocco's "The Hot Dog King" vs. #5 Apollo Grill. Last year, Yocco's won in a close one, but will history be repeated this year? Or will Apollo dethrone the Hot Dog King?

The Stay Region has completely repeated itself from last year's Sweet Sixteen. #1 Bear Creek Mountain Resort once again goes up against #4 Sayre Mansion Inn. And in the "Battle of Bethlehem Hotels: Part II," #3 Sands Bethlehem will compete against #2 Historic Hotel Bethlehem. Although the rankings are switched from last year the matchup is just as intriguing as ever. 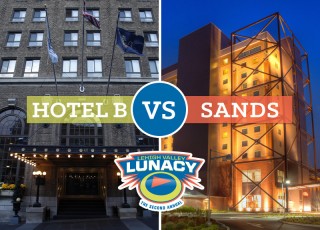 The Event Region is down to 4 of the top 5 seeds, #1 Musikfest vs. #5 Celtic Classic Highland Games & Festival and #2 The Great Allentown Fair vs. newcomer #3 Lehigh Valley Beer Week.

There are some great matchups in this round, who will make it to the Elite Eight? 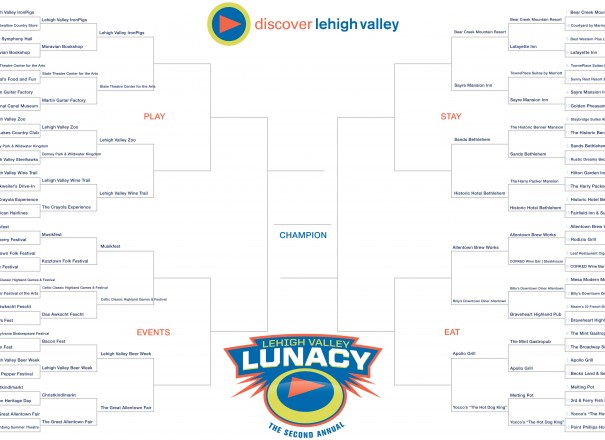